A Warning from the Rapids by Anna Saunders 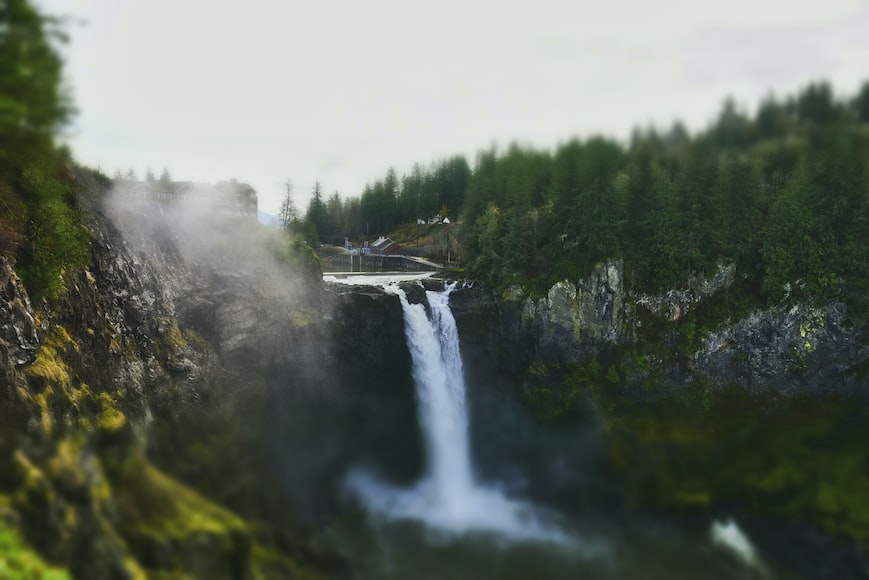 The FBI Agent asks the Waitress about her perfume
but he’s not flirting,
it’s connected with the case - the dead girl
worked on the fragrance counter and every customer
is under suspicion.

Agent Cooper won’t let lust affect his work.
He knows how desire can immobilise the brain.
He tells the Waitress, as she smoulders in scarlet,
that the curls and curves
of her handwriting represent a romantic nature
and to be of that mindset is dangerous.

The music with its indolent jazzy refrain
drugs the viewer like a sleeping draft
and the swaying steps of the seductive girls
are mesmeric as a swung watch.

a hunger that leaps from body to body
like the ghoul the agent has dreamt of,

the one who festers under the skin of so many
of the inhabitants of the town.

making a lifetime residence in the tender, caring girls
whose faces sink into their open palms
when they hear so often,
of what horror a man has done.

Anna Saunders is the author of Communion, (Wild Conversations Press), Struck, (Pindrop Press) Kissing the She Bear, (Wild Conversations Press), Burne Jones and the Fox ( Indigo Dreams) and Ghosting for Beginners ( Indigo Dreams, Spring 2018) described by Fiona Sampson as a 'beautifully evocative read'. Anna has had poems published in journals and anthologies, which include Ambit, The North, New Walk Magazine, Amaryllis, Iota, Caduceus, Envoi, The Wenlock Anthology, Eyeflash,  and The Museum of Light. She has been described as ‘a poet who surely can do anything’ by The North  and ‘a poet of quite remarkable gifts’ by Bernard O’Donoghue.  Anna holds 4 Arts Council Awards for her work.