At night by Galia Admoni 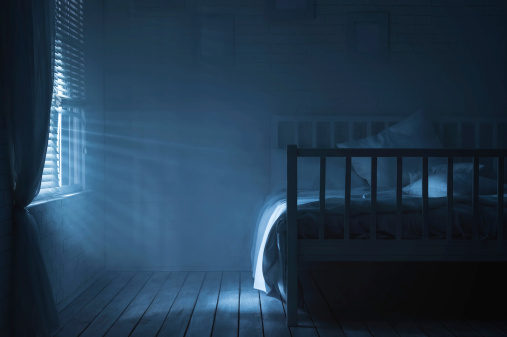 he smiles (or I smile for him) in
shadows of the flat -
living his invisible-man life. The only
realpretend friend
I’ve had.
A womb-warm throb weighing-in
heavy. A moth against a
well-lit window. A flash in
the corner of an eye.
His low-slow night-voice
lullabying. His mind
(but really mine) -
susurrations.
I’m so content I feel
sick. Reaching out
for his body,
which has never been there.
---
Galia is a British-Israeli writer, musician and crafter, who works full time as Head of English, media and film at a secondary school in North London. She has lectured at the Shakespeare Institute, the British Library and is on the committee for the London Association for the Teaching of English. She has been published in Atrium and Dear Reader. Follow her on Twitter @galiamelon

October 14, 2020
Home scratches at her shingles with tree branch fingers, pulls the air conditioning unit close to her grimy aluminum siding, and keens an empty song of mourning. We found her wandering the tornado snarled wild three months ago, starved and lonely. She doesn’t know how to take care of herself, you see? We fed her shards of dining room tables, kindling for the fireplace, and cast iron bathtubs clawed feet first. She was slow to recover so we gutted her plumbing, ripped out her nerves, and rewired the electricity. She let the water in every time it rained so we put a new roof on her and let her out for regular walks around the wolf pen. Let her mingle with the vultures, I said, let her feel useful and clean up the dead but no one wanted to listen. We found rot an mold in her corners, infused her insulation with antibiotics, and quarantined her for two weeks while she belched ladderback chairs, sofa cushions, wind chimes, and broken bookcases. She still has her bad days. After feeding time
66 comments
Read more

June 03, 2020
He’s stood outside, he’s on his break. He’s unsure whether to be smoking or swearing. He decides on both. Inhale. Fuuuck! Inhale. Fuuuck! A person, a visitor, or a patient. Heading to the hospital, sees his scrubs and scowls. “ It’s not very professional for a nurse to be smoking and swearing. ” But he doesn’t care. He’s already done his good deed for the morning and by midnight he’ll have done a dozen more. Yesterday was a paltry four. Tomorrow’s shift will be five or two or maybe eight, and another night of finishing late. Inhale. Fuuuck! He breathes a cloud of smoke. Watches it swirling, ascending, a spirit en-route to heaven. The person’s saintly sanctimony means nothing to him. Because he’s on his break. And he’s smoking, and he’s swearing. --- Originally from Scotland, Ian has lived and worked in Worcestershire for the last 11 years. He can normally be found performing his poetry and prose at events on the Worcester spoken word scene
20 comments
Read more

March 27, 2019
You’d see the beauty in a fountain of lava, fires spreading across the blacktop, the necessity of creation after destruction. I drink tea—try to swallow my suspicions with lemon and honey, the bright sweetness doesn’t stop my obsession with destruction. Monday, I will try not to disintegrate—try to unravel the lies, how you once wanted a weak girl who shared the same type of destruction. I find ways to eviscerate your former paramours in conversation with others; I have been leisurely indulging in my own destruction. Sometimes I want to spill the secrets that I keep from you; I see ghosts around every corner—they poke at my fear of destruction. My anxiety is death by a thousand cuts—yours a slow suicide; we do our own dances with the Grand Dame and Varlet—Destruction Even on the days when I rage alone, I long for the nights curled next to you tracing sigils on your back to protect you from self-destruction. Archetypes sewn in my bones—I’ve mast
2 comments
Read more