The Demon of Shape is Rehabilitated by Tim Kiely 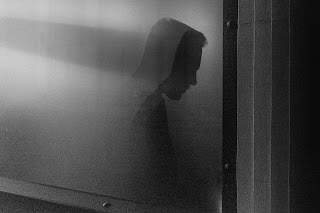 a monk inside their cell – where the walls

are made of hands – having spent lifetimes

practising the taste of curses

endeavouring to do them justice –

having walked the geography of foreign

fingertips – having made sore

those feet desiring to walk unshod

up the slopes of all of them on the way

to holiness – and at the end

having travelled back through their bewildered

eyes and stories to what was imagined

as a self – only to find that there was

a luminous nothing – was itself

as thrilling and eviscerating

as redemption was always reputed to be

– in the best stories – having been stripped

of all illusions – beneath that cloud

when the downpour broke – when skin slid

away and creation lay unclaimed –

stretching away to the very

extremities of all perception –

having drunk the wind in all

its coldness – having been shown

that all was lost and recovered – all

was unselved and instant – having known

---
Tim Kiely is a criminal barrister and poet based in London. He has been published by 'Dreich', 'South Bank Poetry', 'Under the Radar' and 'Magma'. His poetry pamphlet 'Hymn to the Smoke' was a winner of the 2020 Indigo Dreams First Pamphlet Competition