About the Author by Robert Boucheron 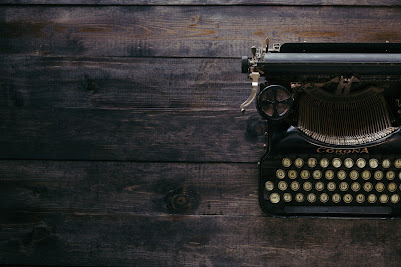 One of several children, the author was born in the postwar boom to parents of the middle class. The family lived in suburban New York. The boy babbled early and learned to read spontaneously. Engrossed in a book, he forgot all else. Fairy tales were insipid. He liked ancient history and archaeology—tombs and ruined cities.
Public schools provided an education. He evinced a knack for languages and memorized yards of verse. At Alma Mater University, he studied classic and modern literature, and emerged in a daze. After a year to collect his wits, he attended graduate school in architecture, and got a job.
A lucky chance transported him from Manhattan to rural Virginia, where he worked for the gentleman architect Fletcher Banister. Houses, apartments, schools, and private offices were the firm’s stock in trade. Banister had a rich wife and connections. The grand old man made social rounds and brought in clients. His assistant drew in pencil and solved problems. Professional practice brought the young architect face to face with the seamy side of life—money, contracts, construction, and local politics. As a transplanted son of the soil, he grew to love Virginia.
He never married. In youth, he fell head over heels for the wrong person, a flirt. The affair dragged on for years and left a scar. As someone who claims knowledge of the human heart, to the point of writing about it, he is grateful to have experienced the full range of passion, joy and sorrow, including sex.
In his sixties, he laid down the pencil and the triangle. Fletcher Banister was dead and gone, computers had taken over, and the public cared little for traditional design. He renounced the world and adopted the pen name of Brother Boncoeur. As an oblate or lay devotee, he visits Berry Abbey, where he has a cell, the way some people have a weekend cabin at Bluenose Lake. The monks consider their visitor unorthodox but harmless. He reads and writes in the abbey library, walks by the river, and chats with friends one to one. The abbot says:
“He is deeply read in biblical exegesis, tells amusing anecdotes about the Desert Fathers, and knows more about Gregorian chant than we do. For major feasts, he sings with the choir.”
Soft-spoken, he does not attend conferences, engage in panel discussions, or tour the country to read aloud. He is absent from radio and television talk shows. His poems, stories, and literary essays appear in magazines that are hard to find. On social media, he offers this opinion:
“Prizes, awards, and annual lists of the best books are for those who need a gesture of reassurance, a pat on the back. The true measure of success is the bond between author and reader.”
The author is of medium height and weight, with watery blue eyes and thin gray hair. He wears glasses, drab clothes, and a broad-brimmed hat. Like an actor in a farce, he is often mistaken for someone else.
---
Robert Boucheron is an architect and freelance writer in Charlottesville, Virginia. His short stories and essays on literature and architecture have appeared in the Alabama Literary Review, Bellingham Review, Concrete Desert Review, Fiction International, Louisville Review, and Saturday Evening Post. His flash fiction appears in online magazines.